March 09, 2017
Source: Alok Goyal (Stellaris VP, Ex-Helion VC) puzzle blog Problem: A fast food restaurant sells dimsums in boxes of 7 and 3. What’s the greatest number of dimsums a person cannot buy. Generalize it for p and q where p and q are relatively prime. I loved the puzzle. Hope you enjoy it too.
22 comments
Read more

June 30, 2016
Source: Alok Goyal (Stellaris VP) puzzle blog Problem: This is another famous puzzle in the Martin Gardner collection, and variations of this puzzle exist in different “sizes”. This particular one has been picked up from The Colossal Book of Short Puzzles and Problems, Puzzle 9.18. Replicating the puzzle as is. Lenox R. Lohr, president of the Museum of Science and Industry in Chicago, was kind enough to pass along the following deceptively simple version of a type of combinatorial problem that turns up in many fields of applied mathematics. A traveler finds himself in a strange town without funds; he expects a large check to arrive in a few weeks. His most valuable posession is a gold watch chain of 23 links. To pay for a room he arranges with a landlady to give her as collateral one link a day for 23 days. Naturally, the traveler wants to damage his watch chain as little as possible. Instead of giving the landlady a separate link each day he can give her one link the first day
14 comments
Read more

Soldiers in a Line

September 13, 2015
Source:  Alok Goyal's Puzzle Page Problem: In a line up of 10 soldiers, what is the least number of soldiers that can be picked in order of either ascending or descending heights? Assume that no two soldiers have the same height. Soldiers can be picked from anywhere in the line, but their order of standing cannot be changed.
6 comments
Read more

Dividing Pizza with a Clock 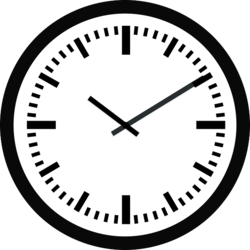 "CSE Blog - Quant, Math & Computer Science Puzzles for Interview Preparation & Brain Teasing" is a collection of ~300 Puzzles with Solutions. The problems are divided into three sections: (Easy, Medium and Difficult)